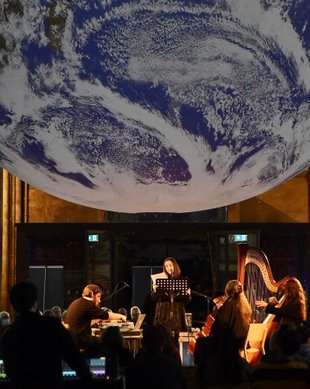 Home explores what it is to live on earth: 7.6 billion people moving across a surface area of 510,000 km sq, making a multitude of journeys in myriad towns and cities, through all kinds of weather, time zones and circumstances, all whilst spinning at 1000 miles per hour, and all slowly heating up. When first commissioned by Hull Jazz Festival in 2019, Home explored the daily journeys made by 6 people in Hull. Now, with the help of Freedom Festival’s network of artists, it spreads out across six of the seven continents and explores not only people’s daily lives, but the creeping effects of climate change in the places where they live. Come and see earth with new eyes. The Broken Orchestra and Vicky Foster will share this specially commissioned live soundscape and spoken word performance beneath Luke Jerram’s Gaia, inside the stunning Hull Minster, which will be lined with trees, courtesy of The Woodland Trust.

CAN I TALK ABOUT HEROES?

THE GUARDIAN // PICK OF THE DAY

Last year, Vicky Foster's autobigraphical drama Bathwater explored the aftershocks left by the murder of her ex-partner. In the interim, his killer, Stephen Gallant, made headlines after tackling the London Bridge terrorist with a narwahl tusk while on day release; he has since been pardoned, had a reduced sentence and was called a "hero". In this confrontational documentary, Vicky looks at the way society creates heroes,and considers whether the term is still useful. 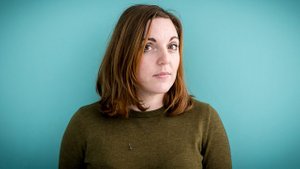 "Show me a hero, and I'll write you a tragedy," said F. Scott Fitzgerald. Vicky Foster must have felt similarly after Stephen Gallant was hailed a hero for tackling the London Bridge terrorist in November 2019. Gallant had been convicted of murdering Foster's ex-partner, the father of her children, and was out on day licence attending a prisoner rehabilitation event during the attack. Here Foster - who won an award for Bathwater, about the murder - examines the role of the hero in society and the usefulness of the term. 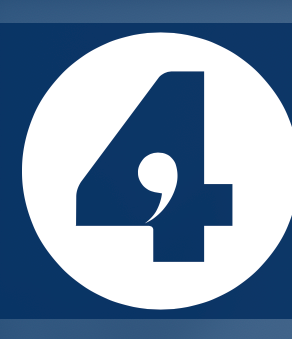 Bathwater was Vicky's first audio drama, performed by herself and Finlay McGuigan with a sound score by Broken Orchestra, it was funded by Arts Council England and the BBC. They performed a scratch version of the show at Contains Strong Language 2018, to a packed out theatre at Hull College, then recorded the show for broadcast as the afternoon play on Radio 4 in March 2019. It won The Imison Award at the BBC Audio Drama Awards 2020, and is available in print from Wrecking Ball Press.

Listen to the whole show

SHIPS IN THE SKY

Vicky worked with Ships In The Sky over the course of 2019, chatting, attending events and listening to amazing interviews and stories from members of the public that create a social history of an iconic building in Hull. She has written the first few in a series of commissioned poems that will form part of the ongoing arts project. In 2020 she recorded Larkin's The North Ship, alongside Matthew Sweet, John Godber, Reece Shearsmith, Dean Wilson and Jennifer Hodgson. Watch the video and read about the project. 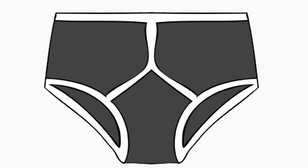 Vicky was asked by Creative Briefs to come and work with a group of young people to create poems and stories for a street book. These were combined with artworks, QR codes and soundscapes and are scattered across the city, together telling people about the ups and downs of having dyslexia.

A new commission for Freedom Festival 2019, in partnership with Hull Yorkshire’s Maritime City and with support from ACE project funds and BBC Blue Room: a journey along the River Hull with a personal soundscape created by The Broken Orchestra exploring a historically rich yet seemingly forgotten area of the city.Music and poetry created by production duo Pat Dooner and Carl Conway-Davis, and poet Vicky Foster, weaves multiple musical textures and words to create powerful and evocative 3D soundscapes especially for this audio walking tour. This unique experience took the form of an individual walking tour guided by the soundscape.The event was held as part of Freedom Festival 2019, and then again for Contains Strong Language 2019. Vicky and Broken Orchestra also featured on The Verb, live from Hull, performing excerpts and chatting about the project. The audio files were released during lockdown in 2020 so that people could listen at home. 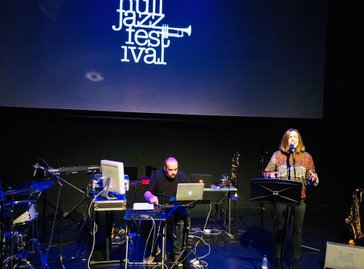 Commissioned by Hull Jazz Festival and performed by Vicky & Broken Orchestra in their Autumn 2019 edition to a full house at Hull Truck's studio theatre, Home is a blend of Vicky's storytelling poetry, and Broken Orchestra's chilled trip-hop tunes.

Home has many meanings, especially in a place of transition, like Hull. The Broken Orchestra and poet Vicky Foster take a look at our hometown through different sets of eyes, blending live trip-hop and spoken word.

Water has wound its way into the heart of this project in the Derringham district of Hull. Vicky has been working with the local community to hear their stories and shape the project. Expect to see some watery tales in the coming months...

I WISH TO COMMUNICATE WITH YOU

The arts project in Hull, of the same name, was a feature of a Radio 4 show in 2017, and Vicky was asked by the show's producer to write a poem that captured the project. Listen to the whole thing here:

Vicky was asked by Look North to write and perform a poem for NHS 70 that was broadcast on TV as part of Look North's celebrations in 2018.

Vicky was the founder, organiser and host of Hull collective event Women of Words from 2016 to 2019. The event is now in the capable hands of the rest of the all-female collective, and is still packing out monthly events at Hull's Central Library.

Vicky has now completed two year-long residencies at Malet Lambert school, as part of First Story's programme that teams professional writers with groups of school students to create work that is published in an anthology at the end of the year.

QUEENS OF THE NORTH

As part of Women of Words, Vicky Foster worked under the artistic direction of Kate Fox, to create a show called Queens of the North, that captured the voices and stories of the women of Hull. It sold out at Kardomah94, and got amazing feedback.

YOU ARE NOT ALONE, HEADSTART HULL

Vicky was asked by Headstart Hull to work with a group of young people there, on the project they'd created, to write poems on the theme of suicide prevention that would be broadcast on speakers along the Humber Bridge. These amazing young people were the driving force behind making the project a huge success, and after being placed at Humber Bridge the poems moved onto other locations in Hull and are now published in book form.

Vicky featured on a track on Broken Orchestra's latest album, Pathways, writing and performing lyrics for Tapping. It has had plays on various BBC Introducing shows and on Radio 6 Music. Listen here:

Vicky was asked by the BBC to be part of Contains Strong Language, their massive poetry and spoken word festival in Hull, in 2017 and 2018.